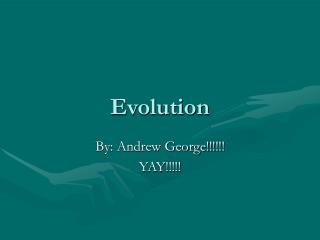 Evolution. By: Andrew George!!!!!! YAY!!!!!. Evolution and the Nature of Science . Evolution is the theory that organisms change over time as a result of natural selection Scientists estimate that the first fish-to-land transitional animals existed 375 million years ago