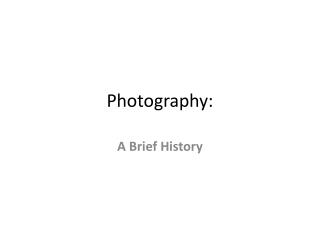 Silhouette Photography - : if you are looking to add some colour and mystery to your photos then you can use silhouette

Rain Photography - Taking pictures in the rain is not easy, but once you have mastered the technique, you will be amazed

Macro Photography - Macro photography is a standout amongst the most mainstream types of photography, and all things

25 Beautiful Night Photography - Night photography: it's very interesting to capture night photos. if you are a city

Welcome to Photography - . trent white instructor. class information. once a month – check website calendar this is a

Photography: A Critical Introduction - . thinking about photography. what is this lecture about? debates and key writings