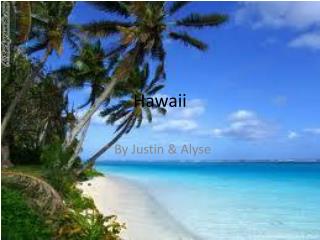 Hawaii. By Justin & Alyse. When did Hawaii become a state?. Hawaii became the 50th state on August 21, 1959. President Eisenhower issued to have the flag changed to the 50 stars. The new flag became official on July 4 th , 1960. How big is Hawaii in square miles?.