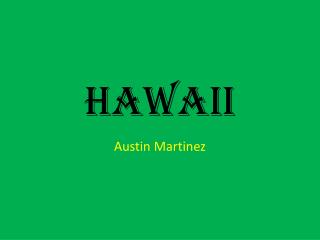 Hawaii. Austin M artinez. Location. The state of Hawaii is a bunch of islands situated in the north pacific ocean about 24,000 miles west south west of S an Francisco, California. History. Hawaii is also known as the aloha state and became one of the 50 states in 1959