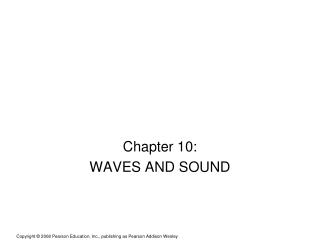 The Nature of Sound - Sound - any audible vibration of molecules;they can be transmitted through liquids, solids and