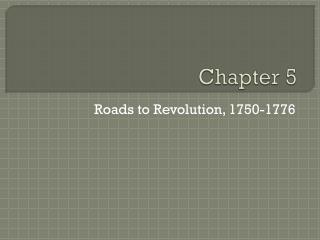 Chapter 5. Roads to Revolution, 1750-1776. The British Empire . The Seven Years’ War The French and Indian War Colonists join the fight The Role of the Native Americans. The End of French North America. The Treaty of Paris, 1763 East of the Mississippi New Orleans to Spain.