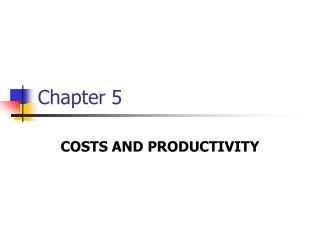 Chapter 5. COSTS AND PRODUCTIVITY. 1. Opportunity Costs. The correct measure of the costs of any action is what has been given up by taking that action instead of another. (Why accounting and law professors are paid more)