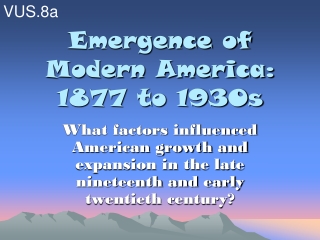 VUS.8a. Emergence of Modern America: 1877 to 1930s. What factors influenced American growth and expansion in the late nineteenth and early twentieth century?.