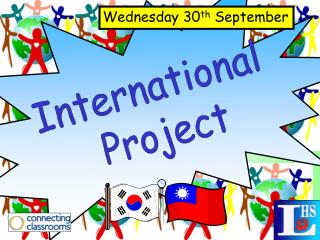 Wednesday 30 th September. International Project. In this week’s sessions I will: Start the second year of a project with Korea and Taiwan Learn all about our new link schools in Korea and Taiwan. Unscramble the following countries. INTERNATIONAL LAW - . (international class). why do you want to study ‘international law’?. law of nations (session 1