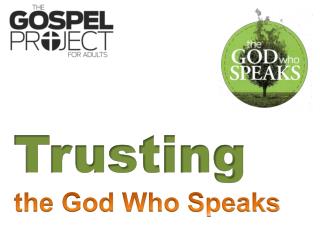 The GOD who SPEAKS - . the value of communication. why do you think god designed humans with a need to communicate? what

Understanding How God Speaks - . temporary residents. what would you think if i told you that you were an alien? not the

Trusting God in Difficult Times - . worries ?. too many bills. biblical accounts of… … encouragement. the

The god who laughs! - . songs for the journey psalm 2 pastor david leppard – trinity alliance church. today we are