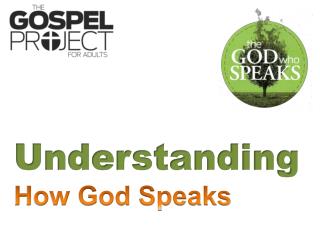 Understanding How God Speaks. Temporary Residents. What would you think if I told you that you were an alien? Not the extraterrestrial kind but the biblical kind. To be an alien, in the biblical sense, is to belong to another land. The GOD who SPEAKS - . the value of communication. why do you think god designed humans with a need to communicate? what

Women’s Conference OPEN - REVELATION: God Speaks - Quote: c.s. lewis – my idea of god is not a divine idea. it has