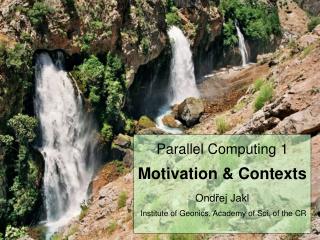 Parallel Computing - . jihad el-sana. these slides are based on the book: introduction to parallel computing, blaise