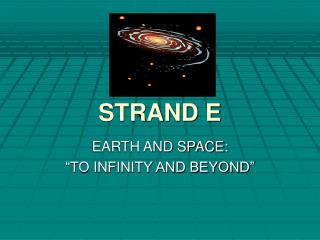 STRAND E EARTH AND SPACE: “TO INFINITY AND BEYOND” SC.E.1.4.1 SC.E.1.4.1 Tides The gravity of the Moon and Sun combine to pull on the Earth’s Oceans and form either Spring(Large Tidal Range) or Neap Tides(Small Tidal Range). Lunar Eclipse

STRAND: - . question . problem. why a renewed interest in linguistics arose during modernism and postmodernism? . what

Paul Strand - . charles sheeler. a young girl commits suicide. because of what? dada the spirits are

Strand 5 - . knows that materials made by chemically combining two or more substances may have properties that differ

AT Reuse Strand - Successful at reutilization practices: donations, at matching and sustainability. joy kniskern. at

Strand: Listening and Responding Strand Unit: Exploring Sounds - First you make your fingers click then you stamp your

AT Reuse Strand - Successful strategies for at reuse programs: donations, at matching and sustainability. joy kniskern,