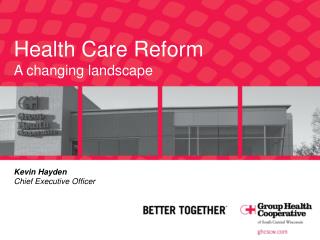 Health Care Reform A changing landscape. Kevin Hayden Chief Executive Officer. Changing landscape. In 2014, there are three main ways for Americans to get insurance coverage. Through: An employer Government programs A Changing Landscape - . about 1600 years ago, people from polynesia began settling in the islands of hawaii these