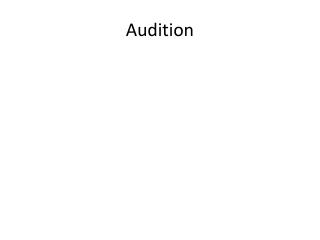 Audition. Sound. Any vibrating material which can be heard. Three aspect of sound. Sound production Sound transmission Sound analysis. Physical definition of sound. Sound is a stimulus that has the capability for producing and audible sensation.