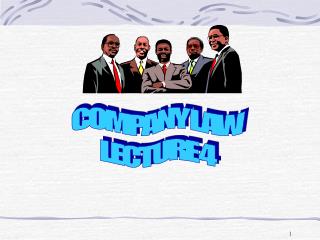 Company Law - . what is a company?. a company is a voluntary association of persons formed for the purpose of doing

RESTRUCTURING IN AN INTERNATIONAL ENVIRONMENT Lecture for: - . presented by: dr. stefan schwarzfischer. agenda. why is

Lecture 4 - . marketing (cont.) jan 13, 2011. what are some of the intrinsic problems in introducing a new product into a

Lecture 8: Risk Modelling Insurance Company Asset-Liability - . what we will learn in this lecture. we will build a