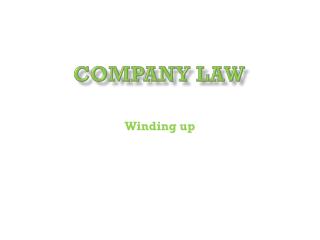 Company law. Winding up. INTRODUCTION. Winding up (which is more commonly called liquidation ) is proceeding for the realization of the assets, the payment of creditors, and the distribution of the surplus, if any, among the shareholders, so that the company may be finally dissolved.