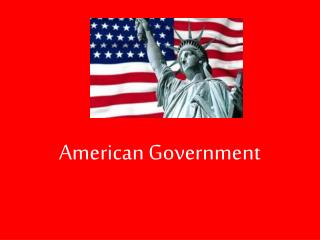 American Government. The Founding Fathers, the framers of the Constitution, wanted to form a government that did not allow ONE PERSON to have too much AUTHORITY or control. King George III of England. While under the rule of the British King they learned American Government - . chapter one: the democratic republic. why do we need government?. government is the institution

American Government - . bureaucracy. questions for today. why so much bureaucracy? why are bureaucracies so

American government - . unit 5. lesson pages 223-232. how do the 4 th and 5 th amendments protect against unreasonable

AMERICAN GOVERNMENT - . 2011 semester exam study guide. 1. which of the following is an argument in favor of closed