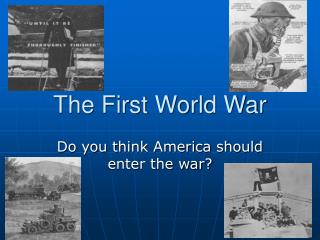 The First World War. Do you think America should enter the war?. The First World War. Is it right for America to intervene in foreign conflicts? When American lives are threatened, how should the government respond? Should America go to war to make the world “safe for democracy”?.