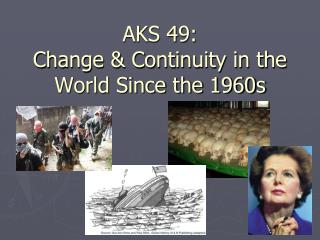 AKS 49: Change & Continuity in the World Since the 1960s. Pan- Africanism What is it?. Political force that started w/ Black Power movement in U.S. under Malcolm X National movement emphasizing unity of all Africans & ending foreign control Business Continuity &amp; Disaster Recovery in the Financial Services Sector Aspects of Risk Mitigation in the

Future impact of continuity on quality of care within Primary Care - . disposition. 16.30 introduction - continuity in

Caregiving Gems - . teepa snow, ms, otr/l, faota. beliefs. people with dementia are doing the best they can we must learn

WHAT IS CLIMATE CHANGE? Anthony R.E. Sinclair Biology 302, Section 201 - . climate change refers to the increase in

WORLD CUP 2010 Operational Plan - . harare. bulawayo. maputo. assumptions. this document is a live document and is

1960s - . this was the most dangerous decade. a summit was planned for may 1960 to discuss berlin and nuclear