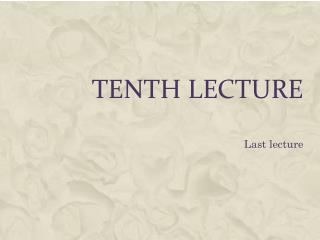 The Tenth Century - . the new litmus test for the bible’s historical relevance (part 4 in textbook). the texts : the

Jazz Tenth Edition Chapter 6 - . powerpoint by sharon ann toman, 2004. beginning of the swing era. name given to the era