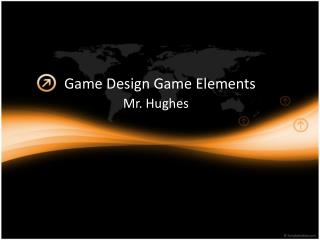 Game Design Elements - . by mr. lee. what makes up a game?. brainstorm as a class some ideas. platforms. means the device

Game Programming Elements - . by mr. lee. backgrounds. the image that appears in the background (duh!). this might be a

Literary Elements Game - . show us what you remember from all of our mini-lessons!!. alliteration. repeating the first

5 Core Elements to Game Design - . courtesy of gamestar mechanics. space. the look and feel of a game from the design of

Game Design - . why study game design in cs?. it's fun and interesting. might be in a one-person company or project be

Game Design - . thoughts and new concepts. chapter one : why write this book?. kids also move on from certain game as