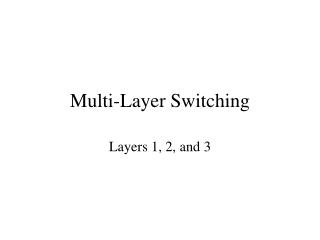 Multi-Layer Perceptron - . ranga rodrigo february 8, 2014. introduction. perceptron can only be a linear classifier. we

Layer-2 Switching and STP - . chapter 10 objectives. the topics covered in this chapter include: what is layer-2