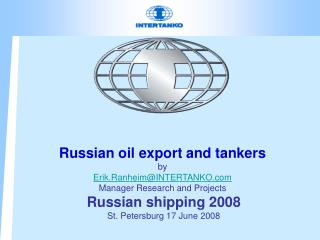 The Russian Revolution, Part I - . state emblem of the russian empire, 1890s. the russian system the state, militarized

The Russian Federation - Chapter 8. the russian federation. section 1 the making of the modern russian state. the making

My Favorite Russian Joke - . a russian woman borrows a teapot from her neighbor. she returns it broken, and the neighbor

Russian Revolution World War I was initially greeted with enthusiasm in Russia - . tsar nicholas was dominated by his

The Impact of Logistics on War - . lesson objectives. •  define &quot;logistics” •  begin to understand its

The Bear as a Russian National and Militarist Symbol The Bear and the Finnish Maiden - . vesa matteo piludu 2009.

RUSSIAN HISTORY - . “a riddle wrapped in a mystery inside an enigma.” – winston churchill. russian history. 1/6 th

Orwell’s Animal Farm VS. The Russian Revolution - . mr. white . russian society. russia was in an appalling state of