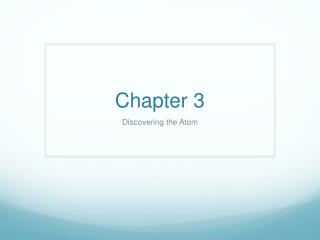 Chapter 3 . Discovering the Atom. Essential Questions. How was the idea of the atom developed historically? What important experiments were performed to change our view of atoms? What are Subatomic Particles? What is the Modern View of the atom? What is Atomic Mass?.