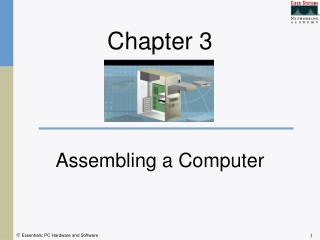 Chapter 3. Assembling a Computer. Computer Cases. There are four main types of computer cases: Desktop Mini-tower Mid-tower Full tower Whether buying a tower or desktop, it is recommended that it conforms to the ATX standard and has at least a 250-watt power supply (300 watts is ideal.)