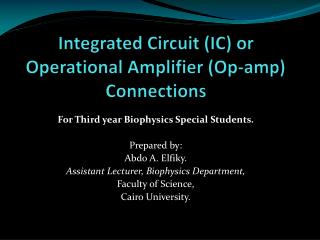 What is an IC ? [integrated circuit] - . a ic consists of many functional blocks depending on its functionality. every