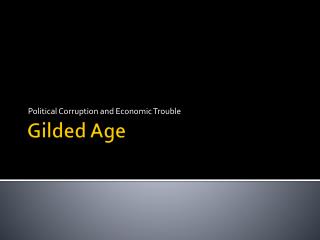 Political Corruption and Economic Trouble. Gilded Age. Political Challenges. Balance of Power Government stayed almost perfectly balanced through the gilded age. No one political party dominated the government (for the most part)