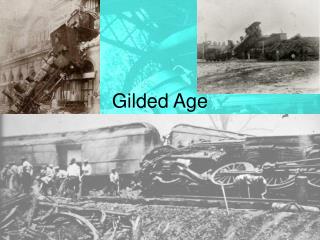 Gilded Age. Trust Titans. Economics and Economic Leaders of the Gilded Age. Rise of the Corporation. In order to create the large industries that the growing nation needed, a more refined business model was required. The corporation was used.