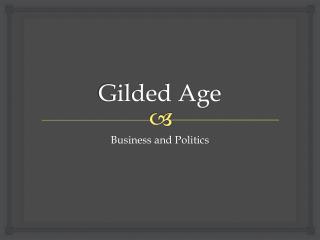 Gilded Age. Business and Politics. "What is the chief end of man?--to get rich. In what way?--dishonestly if we can; honestly if we must." -- Mark Twain-1871. The Gilded Age: A Tale of Today.