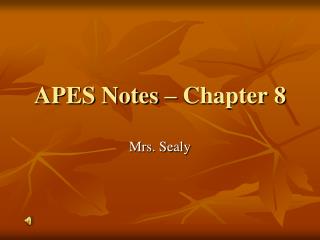 APES Chapter #2 - . environmental history: learning from the past. cultural changes and the environment human history.

Chapter 8 notes - . an introduction to metabolism. concept 8.1. metabolism : the totality of an organism’s chemical

BUA321 Chapter 8 Class notes - . risk and return. if you are thinking of investing in a stock, what things would you

ENT 4004 Chapter 8 Notes - . planning should be the first step in developing a small business. why is planning