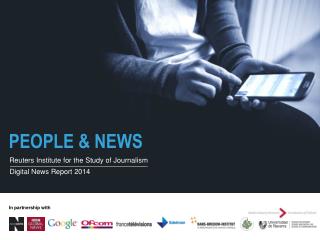 PEOPLE & NEWS. Reuters Institute for the Study of Journalism. Digital News Report 2014. In partnership with. Background and methodology.