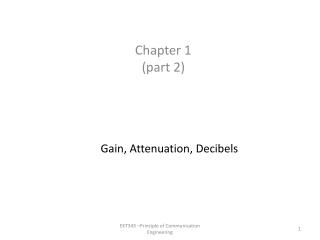 Attenuation - . attenuation. weakening of the wave due to interaction with the medium  in intensity &amp;

Decibels and Your Hearing - Our digital products are state of the art and among the best available on themarket. for more