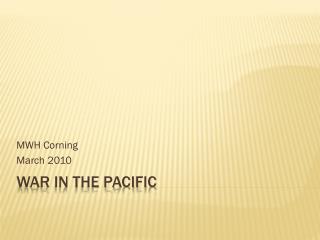 Chapter 20 The U.S. Looks Overseas - . how did the u.s. demonstrate its growing interest in the pacific and in latin

IS WRF REALLY IMPROVING? A COMPREHENSIVE VERIFICATION OVER THE PACIFIC NORTHWEST - . cliff mass and david ovens

What Made it Possible? - . pacific railway act passed july 1, 1862 created union pacific to build road from the east and

WHAT ARE “HOT SPOTS”? - Why are the locations of some volcanoes not associated with tectonic plate boundaries ?. what

Asia, the Pacific &amp; the West in History - . part of the new u21 certificate in global studies dr nicki

Topic 3 – Pacific Asian Economy and Society - . a – the social landscape b – pacific asian development. a. the

3.1 NONRENEWABLE AND RENEWABLE RESOURCES - . hmmmm. what do you think nonrenewable resources are?. nonrenewable