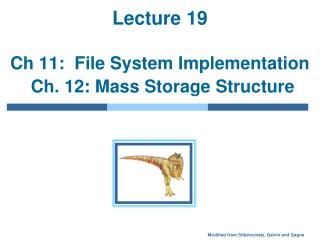 Chapter 11: File-System Implementation - . objectives. to explain the file-system structure. to describes how to