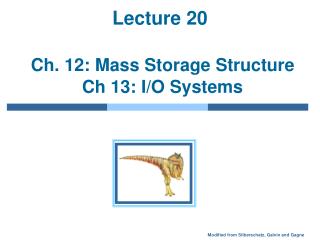 Ch. 20 - . community ecology. what is predation?. predator eats prey. what are three adaptations of predators?. what

Lecture 24 (Ch. 13) - . chemical reaction engineering (cre) is the field that studies the rates and mechanisms of

Ch 13 - . viruses and prions. student learning outcomes. differentiate a virus from a bacterium. explain the difference

Ch 20 - . america in wwii. the arsenal of democracy u.s. industrial output twice that of germany five times that of japan

Ch. 13 - . sound. sound intensity. intensity – the rate of energy flow through a given area. units for power – watt