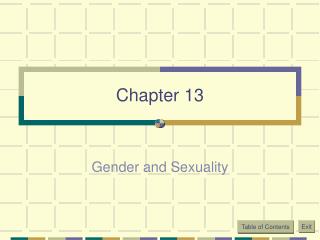 Chapter 13. Gender and Sexuality. Defining Some Terms. Sex: Whether you are biologically male or female Gender: All the psychological and social characteristics associated with being male or female; defined by one’s gender identity and learned gender roles