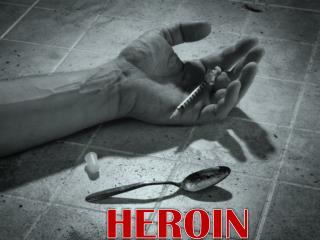 HEROIN . Heroin is a synthetic opiate drug that is highly addictive. Heroin is processed from morphine, a naturally occurring substance extracted from the seed pod of certain varieties of poppy plants. It is an illegal drug. What is Heroin?. Where Does it Come From?.