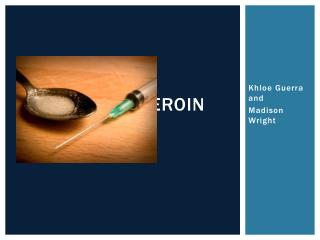 Heroin . Khloe Guerra and Madison Wright. Drug classification. Heroin is classified as a class A drug and it is illegal to possess or supply in the United States. Street/slang names.