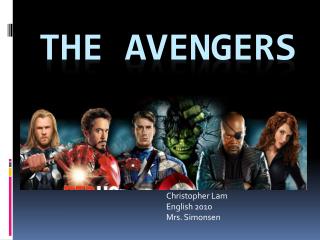 Christopher Lam English 2010 Mrs. Simonsen. The Avengers. About the movie.