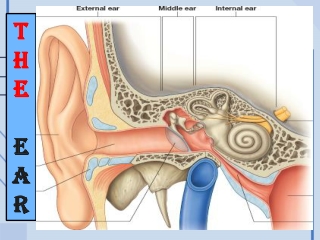 T H E E A R. Objectives. By the end of the lecture the student should be able to: List the parts of the ear: External , Middle (tympanic cavity) and Internal (labyrinth). Describe the parts of the external ear: auricle and external auditory meatus .