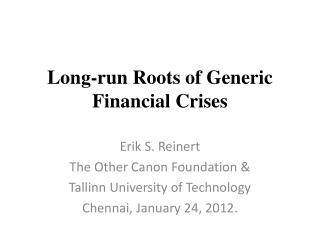 ”The Financial and Climate Crises have the same roots.” - - comments by anders wijkman, member of the european

LONG RUN - . a period of time over which the number of firms in an industry can change their production facilities. in