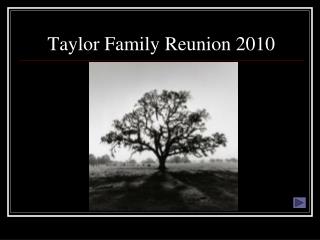 Taylor Family Reunion 2010. Our branch of the Taylor family originates in Haverhill, England which is located Northeast of London near the coast. Haverhill. London. Where Did We Come From?. Smith Family Reunion - . fun and games. plenty of food. thanks to grandpa smith for doing the grilling. fun and laughter.

The Hood Family Reunion - On may 14, 2011 the hood family had another reunion. the last one was in the seventies. click

All about Taylor Swift - . a lbums. taylor swift has lots of albums such as fearless speak now speak now world live tour