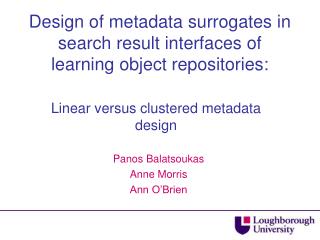 User Interfaces for Information Access - . marti hearst is202, fall 2006. outline. what do people search for? why is

Chapter 11: The Object-Oriented Approach to Design: Use Case Realization - . systems analysis and design in a changing