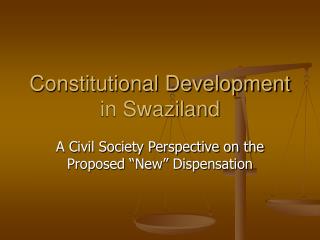 Constitutional Development in Swaziland - . a civil society perspective on the proposed “new” dispensation. the

SWAZILAND - . budgeting systems : monitoring and evaluation. policy. decided upon by the executive parliament

Development of Constitutional Democracy in Europe - . type of government: from few in power to many participating, limits

School Feeding Programme in Swaziland - . ministry of education &amp; training. background to programme. 31% of the