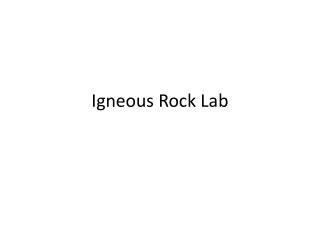 IGNEOUS ROCK NOTES - . i. what is a rock?. rock - two or more minerals (found in the earth’s crust) bound together

Volcano and Igneous Rock - . volcanoes can occur at. subducting boundaries hot spots any type of climate. volcanoes. they