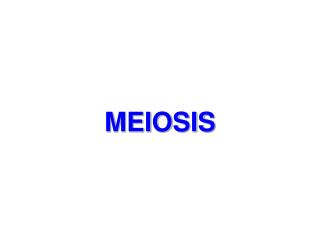 MEIOSIS. Organisms that reproduce Sexually are made up of two different types of cells. Somatic Cells are “body” cells and contain the normal number of chromosomes ….called the “Diploid” number (the symbol is 2n ). Examples would be … skin cells, brain cells, etc.