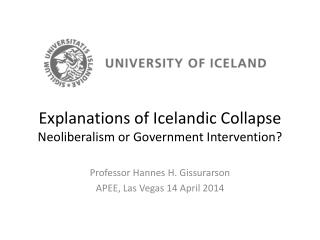 Explanations of Icelandic Collapse Neoliberalism or Government Intervention?. Professor Hannes H. Gissurarson APEE, Las Vegas 14 April 2014. What Happened in Iceland in 2008?. Icelandic bank collapse no worse a crisis than in many other European countries Through the Looking Glass: Reflections of a Research Ethicist or The Collapse of Science and Ethics? - . michael goodyear

Response to Intervention: Everyone serving everyone - . assessing learning and the learning environment. andrew shanock,