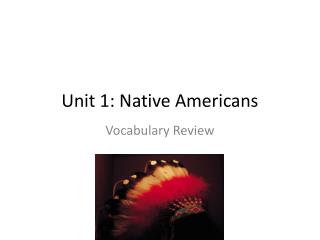 Unit 1: Native Americans. Vocabulary Review . Glacier. A huge, thick sheet of slowly moving ice. During the Ice Age, glaciers covered almost half of the world!!! . Migration . The movement from one region to another