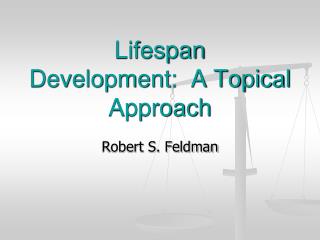 Chapter 9 - . lifespan development. developmental psychology. what shapes the way we change over time? focus on

Recap - . organizational effectiveness. what is oe? why is it important? approaches to study oe goal attainment approach

Chapter 11: Adolescence: Physical and Cognitive Development - . development across the lifespan. what physical changes do